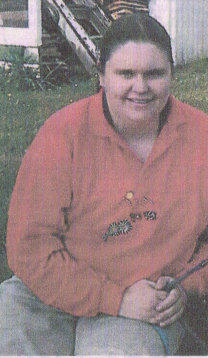 Work and Income has had its hand smacked by the High Court appeal judge after it brought prosecutions against a Taranaki woman "struggling to cope".

Sonja Marie Lawson, 38, of Stratford, won her appeal against a sentence that ordered her to come up for sentencing if called upon within 12 months.  The decision can be read at this link.

She had been convicted after a defended hearing in the Hawera District Court on three counts of using a telephone to annoy and offend, for making a number of offensive phone calls, and sending an excessive number of offensive faxes, to various persons and organisations.

In overturning the sentence, Justice Joseph Williams said: "It would be most unfortunate, indeed, if the ministry displayed an equal inability to cope with persons of unusual or eccentric perception. That might lead one to conclude that the ministry has also lost its sense of proportion with this individual."

Justice Williams said he accepted Lawson's aims were merely to draw attention to disputes with the three organisations.

The faxes expressed her deep frustration at the inability of those organisations to see her view.
Lawson intended to use inflammatory language to annoy, disturb and irritate so the organisations would pay attention to her plight.  The language was also an accurate expression of the extreme feeling of powerlessness and frustration she was experiencing as a result of the actions of ministry staff.

In dismissing the appeal against the convictions, the judge said there was no doubt that the faxes were wanton and malicious.

The judge said Lawson's counsel also appealed against the sentence, arguing the order to come up if called on was manifestly excessive.

Counsel said Lawson had been charged with further Work and Income offences the very next day she received that sentence and feared that the Ministry of Social Development would continue its campaign against her and seek to prosecute her again in order to activate the sentence.

The Crown argued it was not manifestly excessive and the sentence was one of the lowest penalties available.

But Justice Williams said he found it "very troubling" that the day after Lawson was sentenced, further Work and Income charges were laid.

"I fear that the ministry may be losing its own sense of proportion here.

"Miss Lawson clearly has coping issues in her life. They are reflected in the content and number of her communications with those with whom she is in conflict. And she has proved herself unable to mediate her way through these various disputes.

Justice Williams said, in the circumstances, a conviction and discharge was a just outcome and he found the district court judge's sentence was manifestly excessive.

"This arises through no fault of the learned judge. He was not aware of the potential (and I accept it is only potential) impact of that sentence, given the steps the ministry subsequently took."
That aspect of the appeal was allowed. The sentence was set aside and Lawson was convicted and discharged.

More information can be found at this link.

Posted by Transparency in New Zealand, Kiwileaks. at Wednesday, December 10, 2003 No comments: