The Human Rights Review Tribunal recently cited two interesting precedents in the matter of Mihaka v Housing New Zealand Corporation.  The first one is cited in the Minute dated 13 October 2016 (copied below for ease of reference) - the Tribunal cites Mihaka v Police 1981 1 NZLR 54. 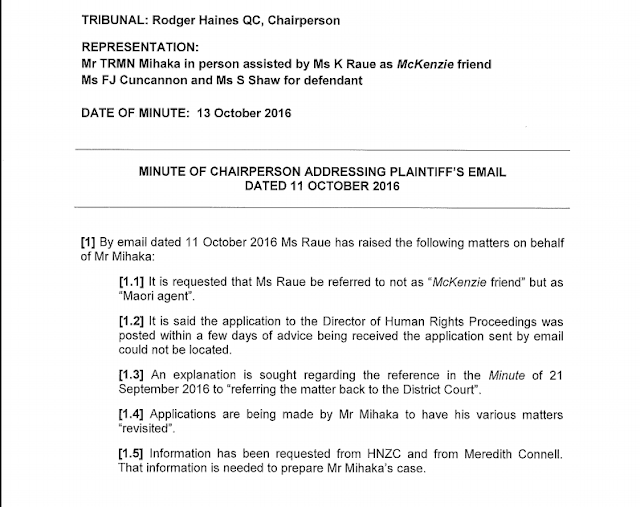 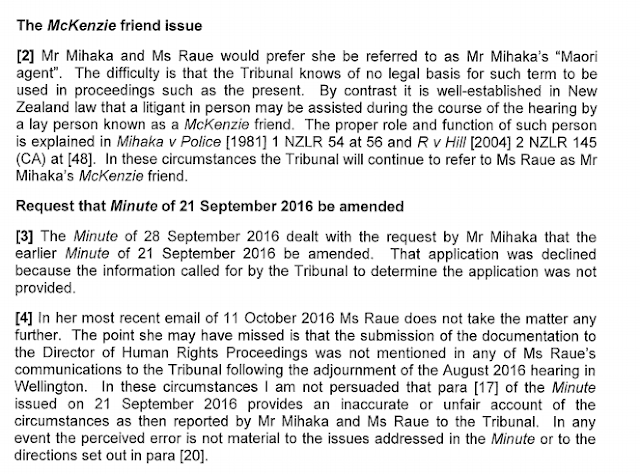 What's interesting here is that the Tribunal didn't have any problem addressing Mrs Raue as Maori Agent in its Minute dated 9 June 2016, as evidenced below: 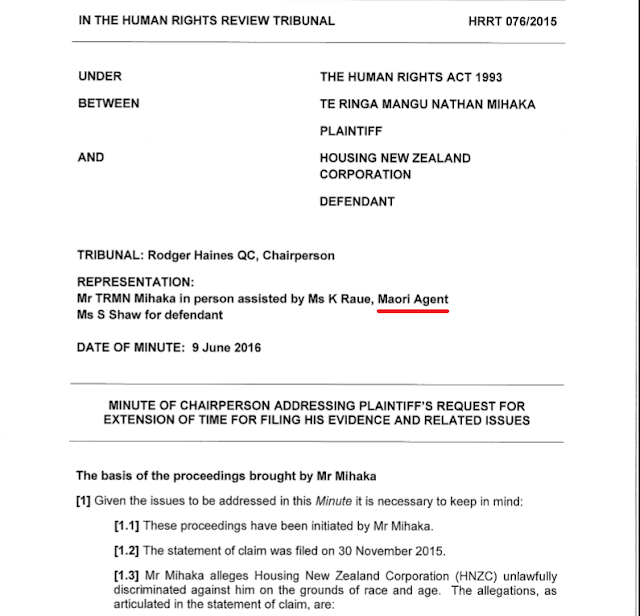 Mr Mihaka, as a descendant of the original inhabitants of this land, he uri o nga tangata whenua, has the sovereignty, te tino rangitiratanga, to appoint a person of his own choosing to speak for him.

Tangata whenua have always had the right to appoint a kaikorero of their own choosing, and it is ridiculous to assert that the quasi colonial 'government' acting on the questionable and ultra vires authority of a treaty claimed by the English to grant them all our mana and all our tino rangitiratanga by some sleight of hand smoke and mirrors.

Mr and Mrs Mihaka cite the Law Practitioners Act 1955, which refers to the role of Maori Agents but does not define the role.  In fact the 'Maori Agents' who claimed authority under this Act were infamous for cheating Maori out of their land - which is likely why attempts are being made to expunge all evidence from the historical record and pretend it didn't happen.

So let's have a closer look at Mihaka v Police 1981 - did the Crown attempt to trick Mr and Mrs Mihaka by the use of clever legal language?  Here are the relevant paragraphs, the problem's not that hard to spot - there's a question of law here: 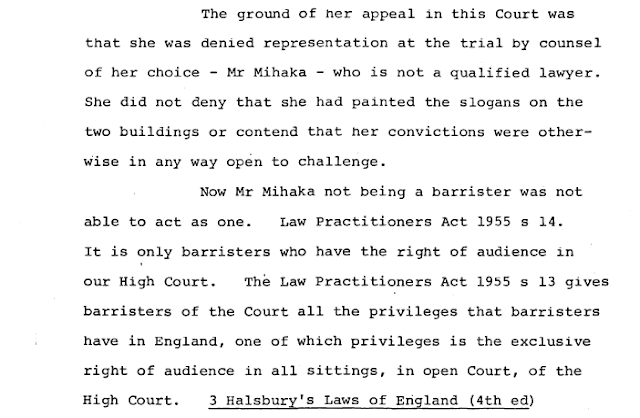 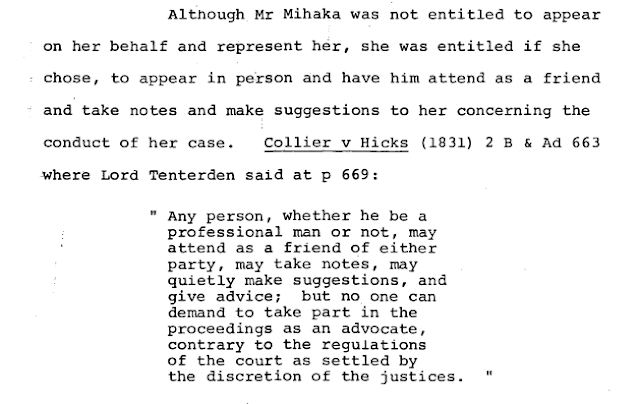 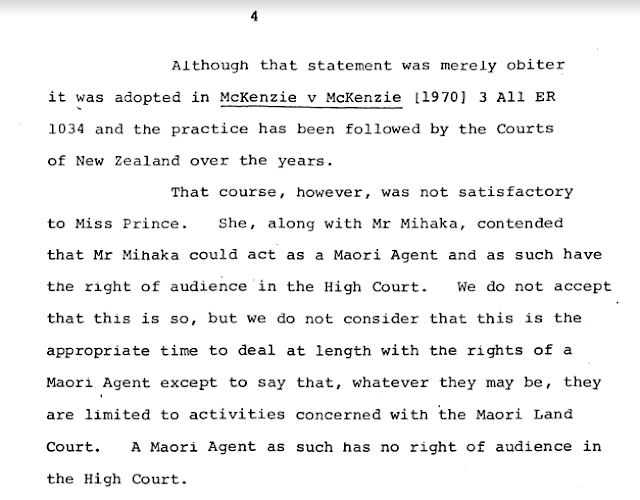 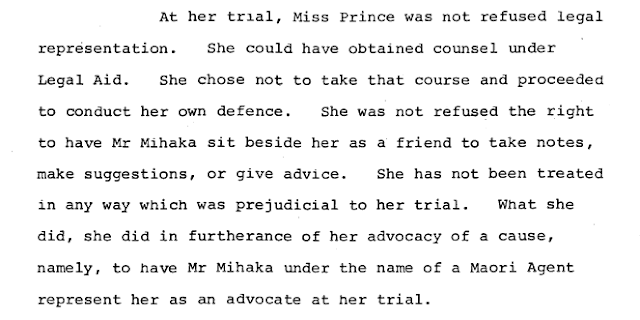 
This decision cites sections 13 and 14 of the Law Practitioners Act 1955 - it completely ignores the infamous section 17 - which relates to solicitors and Maori Agents: 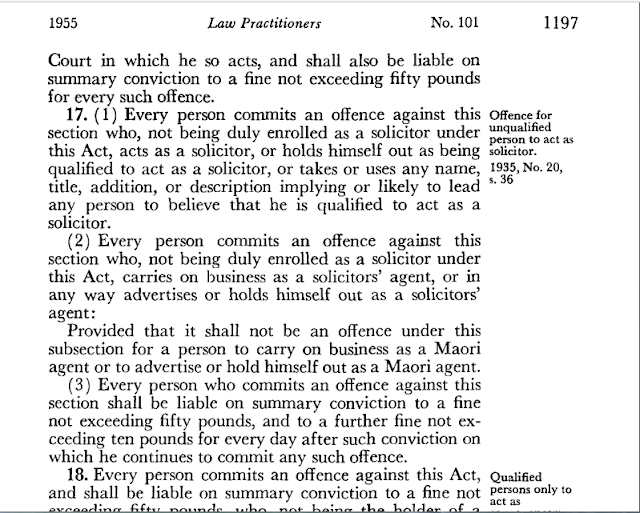 Why this is important is because Dun was royally ripped off by the two pettifoggers assigned by Legal Aid to conduct his appeals - neither of the two lawyers noticed he'd not been provided with Disclosure - let alone what that Disclosure contained - and let alone bring this to the attention of the appeal Court. Dun's been billed around eight thousand dollars for this incompetence, and would like to point out that he finds pettifogger Brett Crowley the more culpable of the two, Nathan Bourke slightly less so.

And then just when you think you've got it sussed you find the Hardie Boys decision.

Posted by Transparency in New Zealand, Kiwileaks. at Sunday, July 02, 2017 No comments: