Despite a witness contacting the media as well as Police to corroborate the victim's formal complaint Police have yet to lay charges regarding this matter: 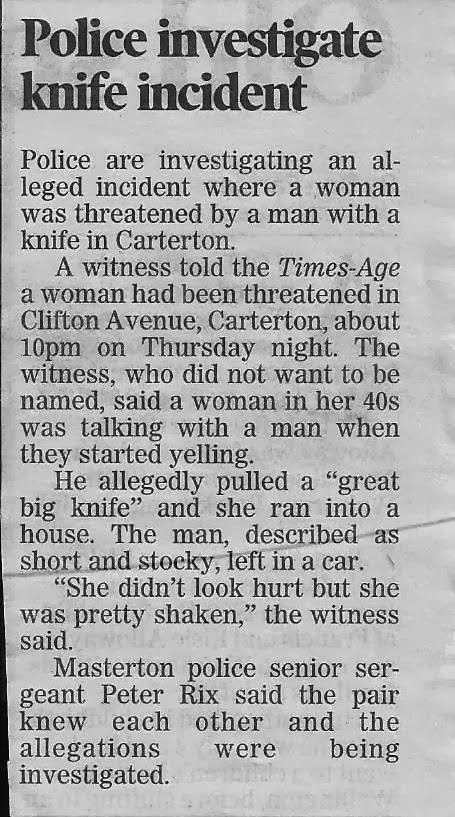 In the meantime, the offender has been convicted following a defended hearing on 15 April 2014 of assaulting the victim again, this time right in front of the Masterton Courthouse, in front of witnesses.
Posted by Transparency in New Zealand, Kiwileaks. at Tuesday, February 11, 2014 No comments: