Abuse of Court process, defrauding the Ministry of Social Development:

Viewing the publicly available Court rulings regarding Sonja Lawson it becomes apparent at an early stage that Ms Lawson is a serial litigant with very little credibility indeed.  Likewise her partner Brian Hunter.

The Court of Appeal decision dated 19 September 2012 begins with the introduction:  "Sonja Lawson appeals against her conviction on 15 charges of using a document with intent to obtain a pecuniary advantage, dishonestly and without claim of right."  "Miss Lawson does not appeal against her suspended sentence of nine months imprisonment."  These decisions are well worth a read - they give valuable insight into Ms Lawson and her propensity for fraud and dishonesty.  This lengthy ruling given by Harrison J finally states that her appeal is dismissed.

The  Supreme Court also dismissed Ms Lawson's appeal on 13 March 2013 thus:  "The applicant was found guilty by Judge Roberts on 15 charges of using a document dishonestly with intent to obtain a pecuniary advantage."   The fraud involved failing or refusing to declare twenty one thousand dollars worth of Bonus Bonds in her declarations to the Ministry of Social Development, and giving false and misleading information about her rental obligations.  "She also claimed that other people may have taken out bonds in her name and [she claimed that] she was generally unaware of the value of the Bonus Bonds she held.  The trial Judge rejected these defences and concluded that she had acted dishonestly."  "In the Court of Appeal she identified 20 grounds of appeal."  "The Court of Appeal considered each of these grounds of appeal and rejected them.  In this Court the applicant has attempted to re-run the arguments which were considered and rejected by the Court of Appeal."  "We see nothing in the case which could be said to be of general or public importance and there is no appearance of a miscarriage of justice.  We accordingly dismiss the application."

Ms Lawson was represented at trial by Susan Hughes QC, which is interesting indeed - QCs aren't cheap, and it is astounding that a QC would even take the case, given the clear and indisputable evidence of fraud.  It was clear from the beginning that Ms Lawson had no chance of success, and all the subsequent - unsuccessful - appeals were simply a waste of Court time and an abuse of Court process.

On 5 September 2013 Ms Lawson was convicted of using a telephone for the purpose of disturbing the complainants with the intention of offending the recipients.  Judge Ellis was satisfied that her actions were malicious, and that she was lying.  He put it like this:


"I have to tell you, having listened to you, having heard your sense of pain and hurt, I do not believe you.  I believe in fact that you are motivated by very intense feelings of hostility towards those gentlemen.  I believe you knew exactly what you were doing, and that when you sent those messages you wanted to vent your anger and feelings of ill will towards them, that you were in that sense malicious, that you wanted to grab their attention in the most forceful way you could, and using the most forceful and offensive language that you could and in that way it was your purpose that they be disturbed, that they be roused, that they be fully aware of the strength of your feelings and the whole object of that was that you would convey to the your feelings of loathing, of distaste, of absolute contempt.  You wanted them to feel that.  You wanted them to be offended and so I find all of the elements of these offences established beyond any reasonable doubt."


On 27 November 2013 a decision of the High Court refers to another three convictions for offensive and malicious messages which she sent to Laser Electrical (with whom she had a dispute about a refrigerator, C&M Legal (the Crown solicitors in New Plymouth) and the Ministry of Social Development (whom she had defrauded).  This decision describes in detail the content of the messages, which were clearly obscene and deliberately offensive.  Her appeal against these convictions was also dismissed.

On 3 December 2013 Rodney Hansen J delivered a decision of the High Court dismissing Ms Lawson's appeal of Judge Ellis's decision which is quoted above.

The lengthy decision of Dobson J in the High Court dated 5 May 2016 is particularly interesting in that it firmly identifies Ms Lawson as wasting the time of the Courts.

So does the decision of Collins J in the High Court dated 12 May 2017.

On 4 September 2017 Ms Lawson received a copy of a draft statement of claim involving her and co-claimant Brian Damien Hunter.  The statement of claim is almost certainly created by Brian Hunter and it cites his name as one of his aliases, Brian Noel Hunter.  The front page of this statement of claim is reproduced below, complete with Ms Lawson's own handwritten annotation, which appears on each of the eight or so pages - which is very interesting given that Ms Lawson now strenuously denies any knowledge of this document bearing her handwriting, which she herself emailed to other people - numerous and lengthy emails which leave no doubt whatsoever that she is, once again, lying: 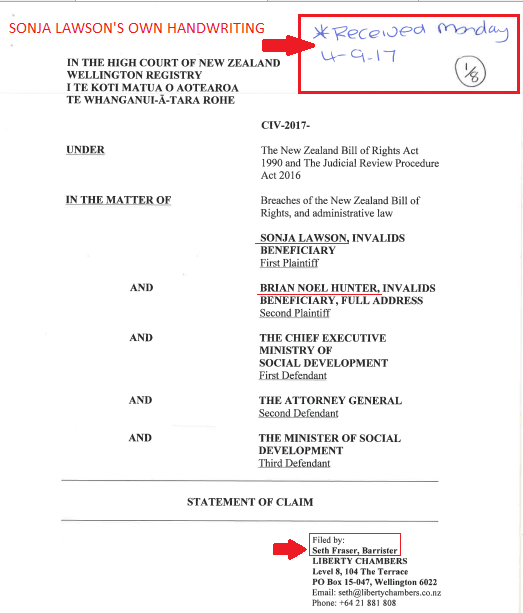 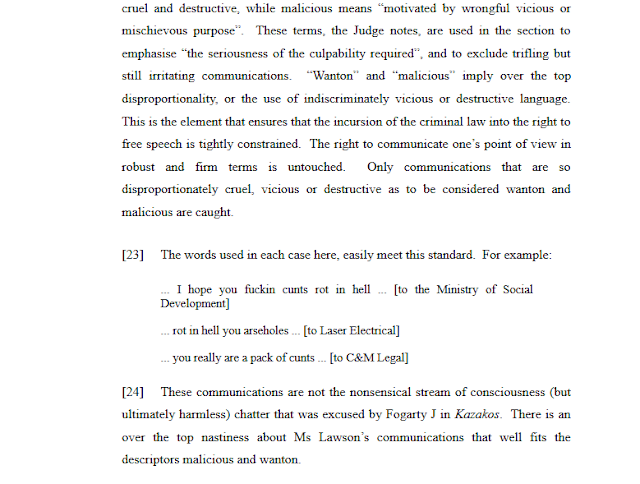 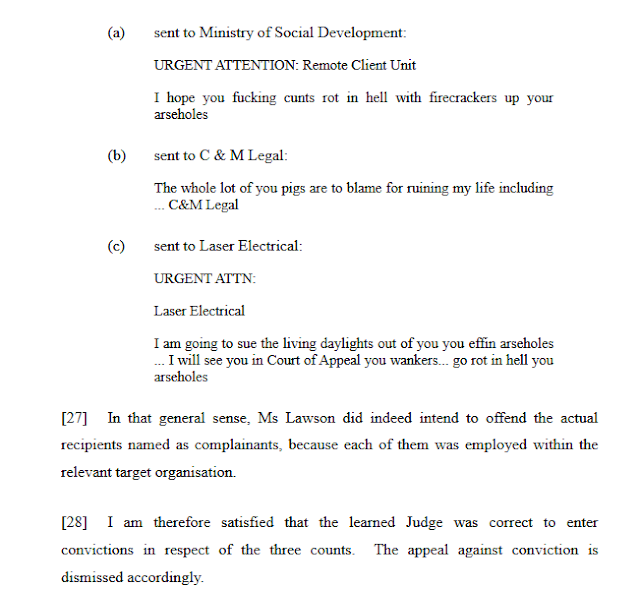 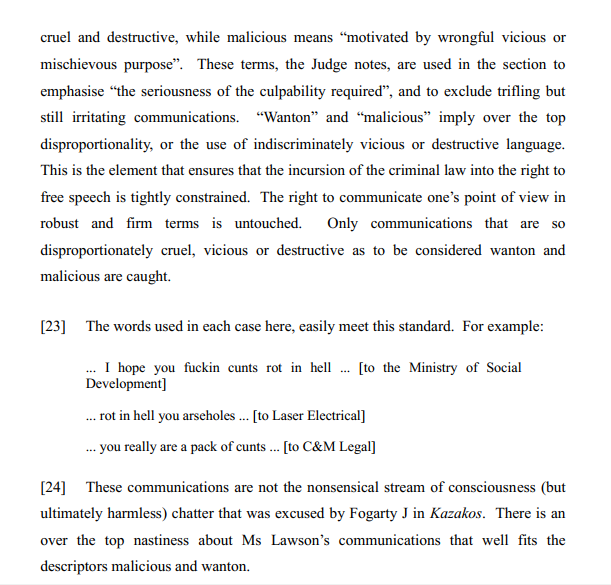 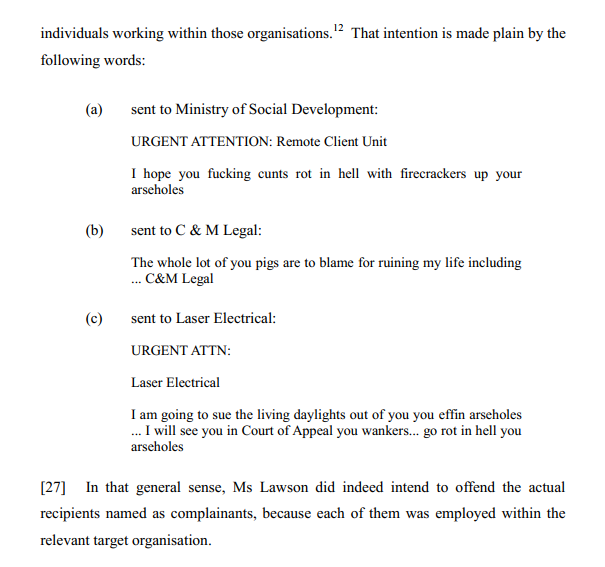 To be continued.
Posted by Transparency in New Zealand, Kiwileaks. at Thursday, March 30, 2017 No comments: