A salutory lesson on the perils of public advocacy: 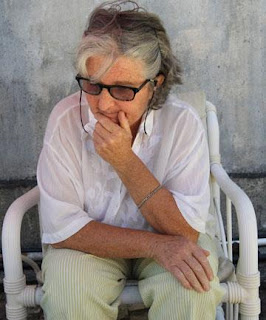 The Taranaki Regional Council's attempt to seek costs against a group challenging the Council on its attitude to repeated pollution of the Waitara River is simply vindictive an bullying.  However it illustrates the ease with which taxpayer and ratepayer funded Council legal department staff have in exploiting the naive.

Last month, Fiona Clark, along with Andrea Moore and Robert Taylor - who are all Friends of the Waitara River (FOWR) members -  appealed to the High Court against a District Court ruling that the group had to pay the Taranaki Regional Council (TRC) for an independent resource consent hearing held in 2011, along with interest and court costs.

In a judgement released this week Justice Robert Dobson dismissed the trio's appeal but decided not to impose any further costs on the group.

The High Court judgment is the latest development in a four-year long legal dispute between FOWR and the TRC that has cost the council thousands in legal fees.

In July 2011, the New Plymouth District Council applied for a resource consent to discharge waste water into the Waitara river. FOWR opposed this move and asked the TRC for an independent hearing to be held.

Following the independent commission hearing in October 2011, the resource consent was granted. The hearing cost $12,256.70.

An initial request by FOWR to have the hearing charge waived was declined by the TRC and in December 2014, the council applied for the costs to be paid, a claim that was upheld by the District Court in March this year.

Fiona Clark said while FOWR were happy no extra costs had been added by Dobson, the TRC's actions were tantamount to "bullying."

"The TRC are vindictive in pursuing us, Clark said.

But TRC director corporate services Mike Nield said the District Court and High Court rulings had found the group responsible for the payment.

"As with any debt owed by any person, they have a responsibility to pay it. The council is adamant that regional ratepayers should not foot this responsibility," Nield said.

He said the group knew about the cost involved in the hearing from the outset and the ball was now in the trio's court to pay the money.

During the October 19 appeal hearing in the High Court at New Plymouth, FOWR lawyer Alex Hope said as the issue related to a matter of public interest, it was unfair to expect the trio - who lacked the financial means - to pay up.

But TRC's lawyer John Shackleton said Clark, Taylor and Moore were aware from the outset they were responsible for any costs related to the process.

Justice Dobson ruled in the TRC's favour and said there were no errors in law made regarding the District Court's decision to impose costs on the group.

In his ruling, Dobson said it was highly likely the money spent by TRC in pursuing payment from FOWR "would have substantially exceeded the sum in issue" but neither party could be criticised for acting on their respective principles.

Clark said the court decision will be discussed at the next FOWR meeting but the group were resigned to the court outcome.

"We'll have to pay and it means the community has to pay," she said.
Posted by Transparency in New Zealand, Kiwileaks. at Monday, November 30, 2015