Syria - Plan B - the Saudi solution:

On 19 September 2016, following "peace talks" in March, US Secretary of State John Kerry admitted bombing Syria, but still tries to blame the victims.

The following day an aid convoy was bombed in what appears to be a blatant war crime.


"Washington “acknowledges and regrets” the fatal airstrike on Syrian government troops by coalition jets, but blamed Syrian President Assad for “bombing people indiscriminately” and blocking the delivery of humanitarian aid."

The media continue to wag the dog, with the Guardian proclaiming that the US blame Russia for the attack but spinning the report with the headline to make it appear as though the UN statement that IF CERTAIN ALLEGATIONS ARE TRUE it COULD amount to a war crime - it clearly IS a war crime - it looks from the report as though the UN are saying more than they actually are.

Meanwhile, on Planet Key, John and Bron, leaders of the local Saudi Arabia Mutual Appreciation Society, are still hopeful that their little multi million dollar bribe to the Saudis will pay off, with John "warning the US of the dangers of not ratifying the TPP" - apparently citing his own experience with the Saudis following the very thinly veiled blackmail and bribery scandal around Key's 'gift' of an abattoir and millions of dollars of New Zealand tax payers' money to "a Saudi businessman" who was allegedly "disaffected in some way" by some vague reference to some imaginary "a decision of the previous government" - led by UN hopeful Helen Clark.

After Key arrogantly announced that the abattoir deal WILL go ahead despite unanimous outrage from voters - Key announced yesterday "Let's see whether we get there with the Gulf, but I feel a bit more confident than I did" about the imaginary non existent trade deal with the bloodthirsty regime. 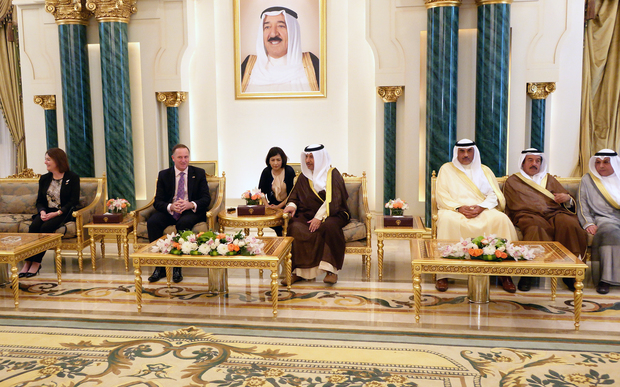 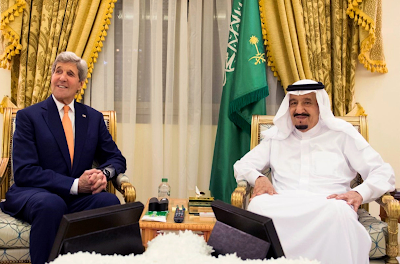 The question now is, who's really driving the "peace process" and in which direction?  Saudi Arabia's Foreign Minister recently announced that it was time for "Plan B".

Adel al-Jubeir addressed reporters after the International Syria Support Group (ISSG) meeting co-chaired by Russia and the US.

“We believe we should have moved to a ‘Plan B’ a long time ago,” he said.

“If they do not respond to the entreaties of the international community... then we will have to see what else can be done.” 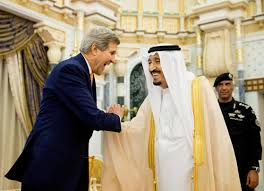 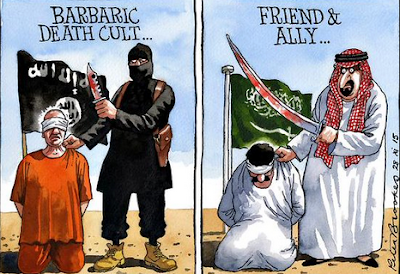