These are a couple of emails sent between Dr Jackie Short at Rangipapa and Dr Gary Orr at Te Whare Ahuru, as part of their conspiracy to pervert the course of justice regarding the corruptly laid charges against me, which have now been rightly dismissed because I am completely innocent of the charges.

Ten days after Short and Orr wrote this orchestrated litany of lies Dr Nick Judson wrote a report stating that there was nothing wrong with me, and a few days after that Dr Wolfgang Kure released me because he and the majority of the other clinicians and nurses at Te Whare Ahuru knew perfectly well that I didn't have "Delusional Disorder"!  Just like Dr Justin Barry-Walsh wrote in his report also!  (Click "Ctrl" and "+" at the same time to zoom in on these documents). 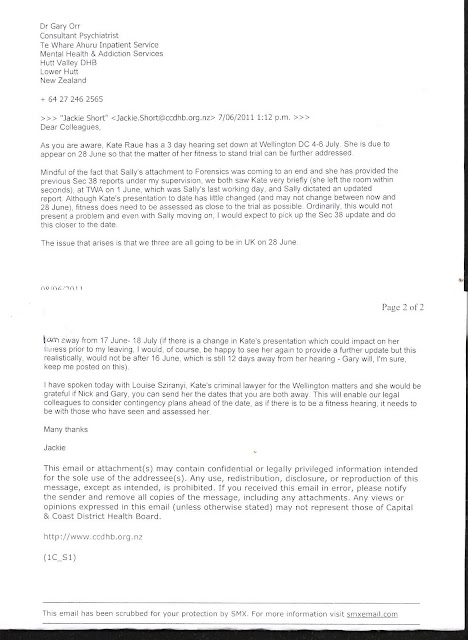 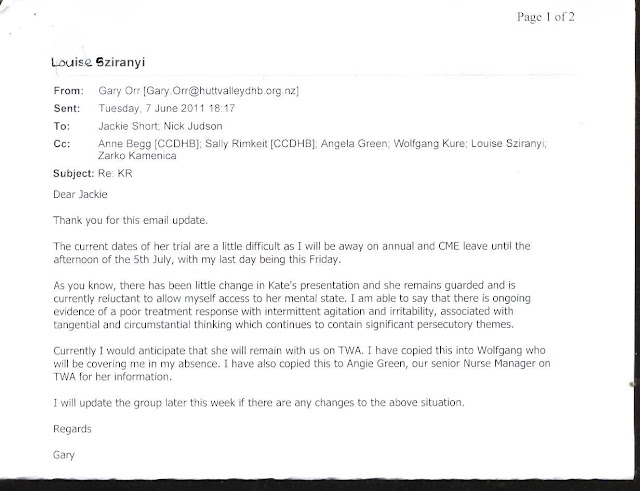 And here's a copy of Dr Orr's "Treatment Plan" - like something out of the Dark Ages!  Restrict or cut off all phone calls, visitors, access to writing materials - this is the evidence of the state of the mental health service in New Zealand! 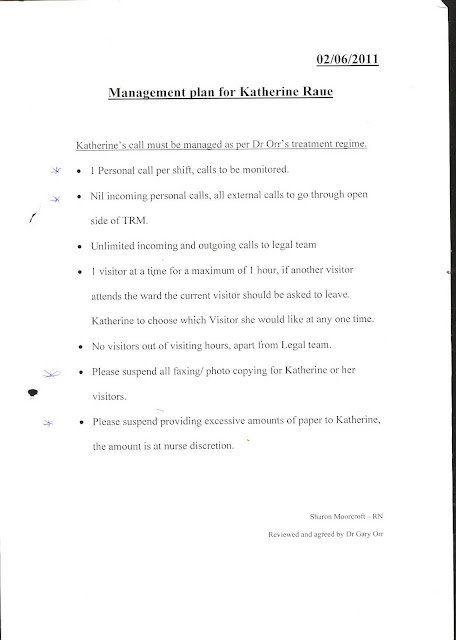 This is because I sat up till all hours in my cell at Rangipapa (link below) till about twelve thirty every night writing my own application to the High Court for a Judicial Inquiry under section 84 of the Mental Health (Compulsory Assessment and Treatment) Act.  This was after an application for a Judicial Review under section 16.
Luckily for me, Orr, Short and Rimkeit all went to the UK at once, and Dr Wolfgang Kure was appointed my responsible clinician, Dr Kure stopped the toxic forced medication and released me almost straight away.  The evidence is clear that this was simply an attempt to pervert the course of justice regarding the corruptly laid charges against me.  This matter should be of serious concern to all New Zealanders!
So should the use of the corruptly obtained Protection Order, dated 1997, which was corruptly used to prevent me attending a recent FGC and also used as ridiculous "evidence" regarding the corruptly laid charge against me of Breaching a Protection Order!

This is also the subject of complaints to the Press Council regarding journalists like Matt Stewart, Nathan Crombie, Tanya Katterns and others.

Posted by Transparency in New Zealand, Kiwileaks. at Monday, January 30, 2012